New Orleans has an interesting and unique history. It was founded by the French in the early 1700s. For a period of forty years, New Orleans was under Spanish control, then back to the French before being sold to the Americans in the Louisiana Purchase in 1803.

Jean-Baptiste Le Moyne, Sieur de Bienville founded the city of Nouvelle-Orléans in 1718 on the first high ground above the mouth of the Mississippi river. During the forty years New Orleans was under Spanish control, merchants traded extensively with Mexico and Cuba. The new city adopted the Spanish racial rules. Free people of color were a class of their own.

In the 1800s, New Orleans was the wealthiest port in the nation. Slaves were sold at market  as well as all types of goods that were imported. The free black community continued to thrive at this time. One year into the Civil War, Union troops took the city unopposed.

Unique to New Orleans is the carnival traditions that have their roots in Spanish and French Catholicism including Native American and African traditions. The earliest Mardi Gras parades occurred before 1860.

The flavor and charm of New Orleans has lasted throughout the centuries, and continues to appeal to its many visitors each year. 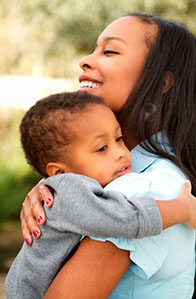